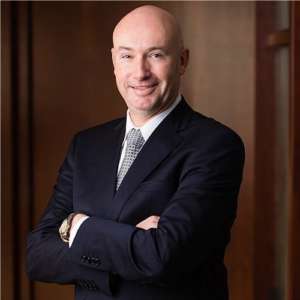 Jean-Marc was called to the Bars of Ontario and Manitoba and began his career at Great-West Life as in-house counsel. He subsequently joined the law firm of Fillmore Riley in Winnipeg, where he practiced primarily in the areas of civil and commercial litigation, employment and labour law. Jean-Marc joined Richardson International Limited in 2002 and is currently Richardson’s Senior Vice-President, Corporate Affairs and General Counsel. In this role, he manages all legal and corporate affairs for Richardson International and its subsidiaries.

Jean-Marc has been actively involved in Canadian agricultural policy matters as a member of the Western Grain Elevators Association Management Committee, the Canadian International Grains Institute (Cigi) and Cereals Canada (current Chair). He is also a past Chairman of the Canada Grains Council. Jean-Marc has also been involved in numerous community associations, including the St. Boniface Hospital, the Catholic Health Corporation of Manitoba, the St. Boniface University (Capital Campaign Cabinet member) and the United Way of Winnipeg (Major Donor Cabinet).